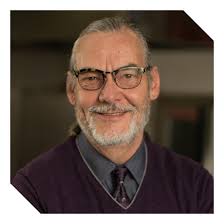 Imagine having to feed yourself a fresh and healthy meal on $1.47. Now, imagine having to feed not only yourself, but 36,000 students with only $1.47 for each student. As Director of Culinary and Wellness Services for the Minneapolis School District, this is the challenge Bertrand Weber faces daily.

Bertrand began his career in the hospitality industry after receiving formal training in hotel management, running upscale hotels and resorts throughout the United States. When serving as the food and beverage director at the Whitney Hotel in Minneapolis in 1997, Bertrand’s first grade son was diagnosed with Type 1 Diabetes. Taking leave from the hospitality industry, Bertrand spent an extensive amount of time in the lunchroom with his son, helping him manage his insulin. Bertrand was appalled by the meals that were being served in lunchrooms- packaged foods like pizza, hamburgers, and syrup-soaked fruit cocktail, piled on lunch trays, filling the bellies of students with refined carbohydrates and high-fructose corn syrup. “I was that angry parent,” he recalls, “that was not how my child, or any child, should be nourished to learn.”

After reading and researching, he discovered how intertwined a child’s food environment is with their success in school. Understanding that fast-food was not the way young students should be fueling their brains and bodies, Bertrand knew that something had to change. In 2002, he jumped at the opportunity to run the food service program for the Hopkins School District. It was there that he began to implement actual cooking and fresh, healthy food into school cafeterias. In 2004, he implemented one of Minnesota’s first Farm to School Programs.

In 2012, after a brief hiatus working directly in the public school food service sector, Bertrand began his next battle at the Minneapolis Public School District. When he started, none of the schools were cooking. In fact, only a few of the high schools had functional kitchens. The rest of the schools were tailored for reheating individually wrapped lunch products. He began by implementing cooking once a week into the high schools with kitchens, with the majority of meal preparation happening off site in a central kitchen. As kitchens got updated and salad bars got put in place, the gradual shift to on-site cooking began. Culinary trainers were hired to train culinary staff and a full time executive chef was hired to create whole-food recipes.

At first, the challenges were staggering. “People were pushing back on the training and added infrastructure because they weren’t understanding the changes,” he said, “Initially, there was a huge waste stream, as the staff was still learning how to cook fresh food on a large scale.” As with most schools, it was also a challenge to tailor menus and recipes to fit the nutrition guidelines and the district budget constraints. Nevertheless, he persisted.

When asked what the best way to ensure healthy, safe, and affordable, food access for all Minnesotans is, Bertrand says that it is essential to “ensure that the good food movement is not an elitist movement, but grounded in the needs of all people”.