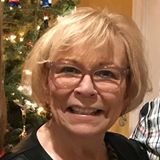 And, Dougherty’s a force behind Real Food, Inc., a nonprofit that’s creating a Food Hub building that will include a commercial kitchen and other amenities to help build the local supply chain.

“While there already is a local food movement, my goal is to bring it forward by offering a regional food hub and commercial kitchen in Kandiyohi County. We are the largest city, population 20,000, in the region,” Dougherty said. Board members include others with a passion to build the local market including a longtime Willmar caterer, and a former University of Minnesota – Morris Extension educator.

Real Food, Inc.’s hub will be a delivery destination for farmers with storage, refrigeration, and flash freezing to preserve items like sweet corn for winter use. There will be cooking classes so community members can learn how to use fruits and vegetables that might be new to them. The commercial kitchen will be a game-changer by filling in certain gaps between producers and consumers.

The healthy snack pilot points to the kitchen’s value as a means of creating access to healthy food. Dougherty found a way to pay for delivery of fresh fruits such as watermelon and strawberries, and vegetables including peppers, carrots and cucumbers to a local Head Start program and another private childcare program. Those programs were chosen because they are housed in churches with commercial kitchens where the whole fruits and veggies can be sliced and peeled for snacks.

“I understand the safety concerns but it creates a lot of barriers for kids and older people who aren’t capable of fixing their own food,” Dougherty said.

The healthy snacks have been a hit with staff and kids – and Dougherty managed the program within the facilities’ tight budget and menu specifications. When the commercial kitchen is complete, Real Food Inc will be ready to expand the program’s reach.

“We can go to every daycare in town…we will go to every Head Start, and then every private day care,” she said. One private day care program has already asked them to deliver a prepared breakfast as well as snacks. A program offering seniors the recommended weekly servings of fruits and vegetables at 10 percent below market rate is in development.

Meanwhile, growing the distribution of fresh food gives local farmers a bigger market for their produce, while the Food Hub creates the capacity to meet the demand.

Dougherty’s personal commitment to food grown without chemicals stems from her experience as a cancer survivor.

“I am convinced eating food that doesn’t have chemicals on it is a way to survive. As a 20-year survivor, I decided to change the way I eat,” she said.  “I always say if you can expose yourself to really good food for 6 weeks you’ll never go back. The taste is what makes you stay, but what you’re not getting is the chemicals.”

Yet the label “organically grown” is not Dougherty’s main priority. She is supportive of organic farming but it takes several years and lots of hoop-jumping to be officially designated as an organic producer.

Instead “know your farmer” is probably a better motto for the Willmar effort.

“Because we know the farmers, we know who doesn’t apply chemicals to their produce, “ she said. “That’s a clear advantage of working local.”

Fundraising to complete the kitchen is ongoing, with several grants in the works.

Dougherty and the Real Food board of directors hope the commercial kitchen will be finished by March 2019.

“Then, we will have capacity to put all the pieces in motion,” she said. “Timing is everything. If we can hold to the goal we’ve set we will be able to tell the farmers in the spring how much we expect to buy from them. And they will know what to plant. We are working hard to make that timeline work.”

« Bertrand Weber » The nature of a network