Market and Outreach Manager for the West Broadway Farmers Market 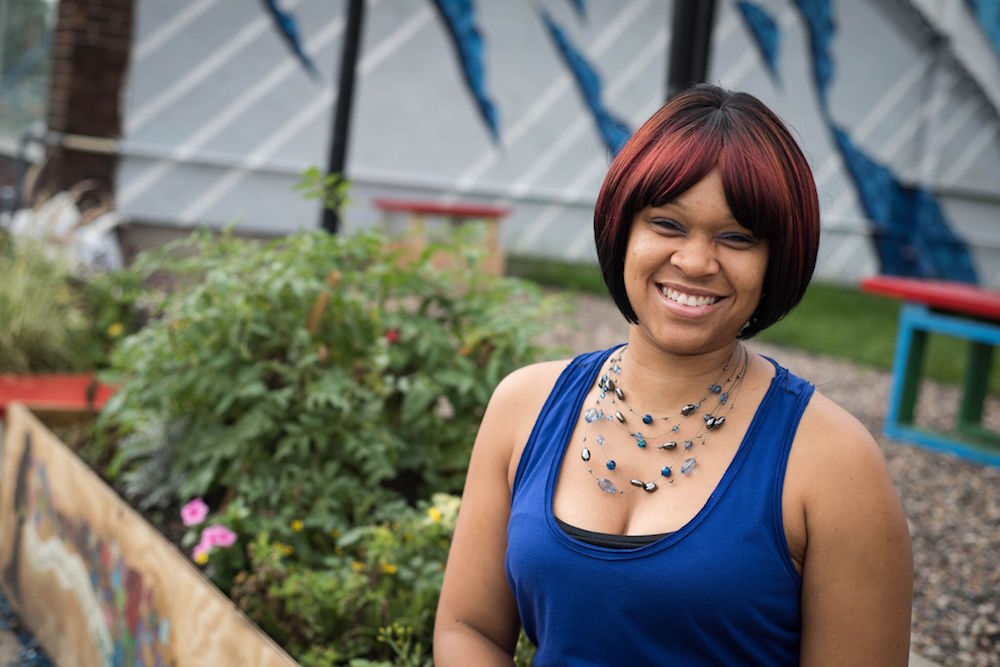 According to DeVon, a large part of that education is challenging the narratives that surround healthy food access—mainly the fictitious assumption that poor people don’t want to eat healthy food.

“I think the Food Charter is a tool and a catalyst to be able to raise awareness about how socioeconomic status impacts people’s food choices, and to challenge the myth that poor people don’t want to eat healthy,” said DeVon. “When you’re serving a population of folks who are constantly in survival mode—it’s really hard for them to make eating healthy a priority. It’s just the reality.”

As the market and outreach manager for the West Broadway Farmers Market and former co-coordinator for the Northside Fresh Coalition, DeVon has implemented a number of programs that have helped those in her community live healthier lives.

There’s the farmers market itself, which offers fresh, locally-grown fruits and vegetables at affordable prices (which can be purchased with EBT and Market Bucks) in a location that’s easily accessible through public transit and other means. There’s also monthly pay-what-you-can meals provided that source 80 percent of the ingredients from the market. But possibly the most innovative and successful program to come out of the farmers market is the Fruit and Vegetable Rx Incentive Program (FVRx), a provider-based incentive model where doctors write prescriptions to patients for fruits and vegetables at the market (including a nutrition class on how to prepare the vegetables).

In the third year of the FVRx program, they are already seeing behavior changes.

“What emerged from the program was a community…people were demanding the prescriptions from their physicians,” said DeVon. “I’d ask the people if they were actually consuming the food, and heard a resounding ‘yes’ every time. We’re helping fill a gap, and it’s amazing to think about the impact of this.”

To move further towards DeVon’s definition of food affordability—that the healthier choice is the easier choice—more support from policymakers and corporate funders is needed. To do this, DeVon focuses on making personal connections with decision makers based on the one common denominator everyone shares—the desire and need for healthy food.

“At every level of government, there’s a person there making those decisions. And those people eat. So the best way to ensure healthy, affordable, and safe food access for all Minnesotans is to recognize that we all want the same things,” said DeVon. “Whether you’re a poor single mother in north Minneapolis or you are a farmer in Willmar, ultimately, around 6:00 p.m., people are trying to figure out what they’re going to have for dinner. At some point, you’re going to have to eat. Making that human connection with our policymakers who are making the decisions and can feel far removed from the people who are impacted by their decision. We want to know that we have enough, that we’re safe, and that we’re loved.”