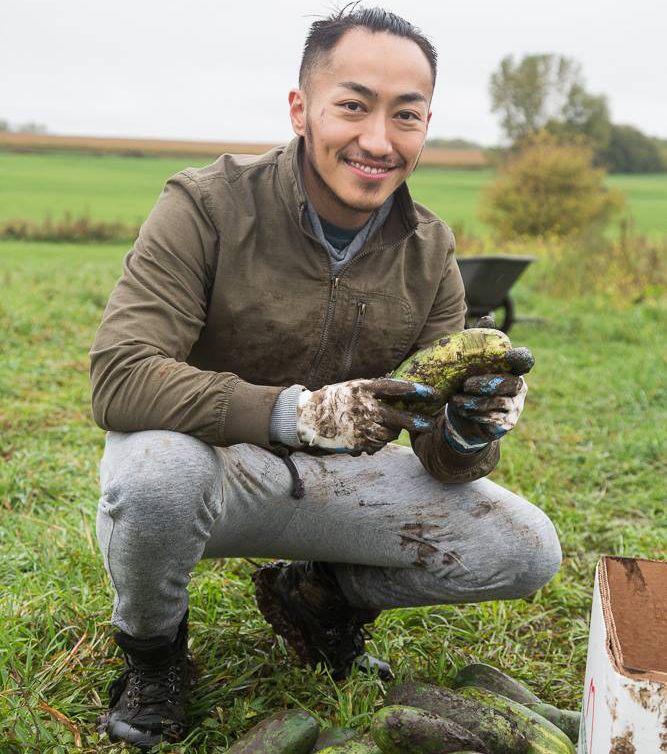 Maybe your mom or dad said things like this at the dinner table, a buffet line, or the family reunion picnic: Don’t let your eyes be bigger than your stomach. Take only what you know you will eat. You better eat everything on your plate.

Like your parents, John Xiong and his colleagues at Twin Cities Food Justice also hate to see perfectly good food thrown away – but they won’t scold you about it. Instead, they have an action plan to reduce food waste, mitigate hunger, and raise public awareness about food insecurity in the metro area.

Xiong, a public health graduate student and program assistant at the relatively young nonprofit, says a typical week at Twin Cities Food Justice starts with a Monday meeting to plan the week’s schedule of “food rescues.” Those are daily pick-ups of food that would otherwise go to waste from TC Food Justice partners such as some farmers markets, community food co-ops, and a local bakery. The saved food is then delivered to food shelves, shelters, or other meal programs such as the Aliveness Project.

Every week about 10 food rescuers a day (usually volunteers though Xiong and colleagues sometimes fill in for a shift) will don dark green t-shirts with the organization’s leaf-and-fork logo, and set out in cars or even on a bike to collect bins of fresh seasonal produce or baked goods. Because the group’s emphasis is on fresh, healthy foods, they’ll usually pass on the muffins or sweet treats but gladly accept leftover bread or buns.

The volunteers will hand pick what they can use, Xiong explains, then weigh and measure everything before delivery. 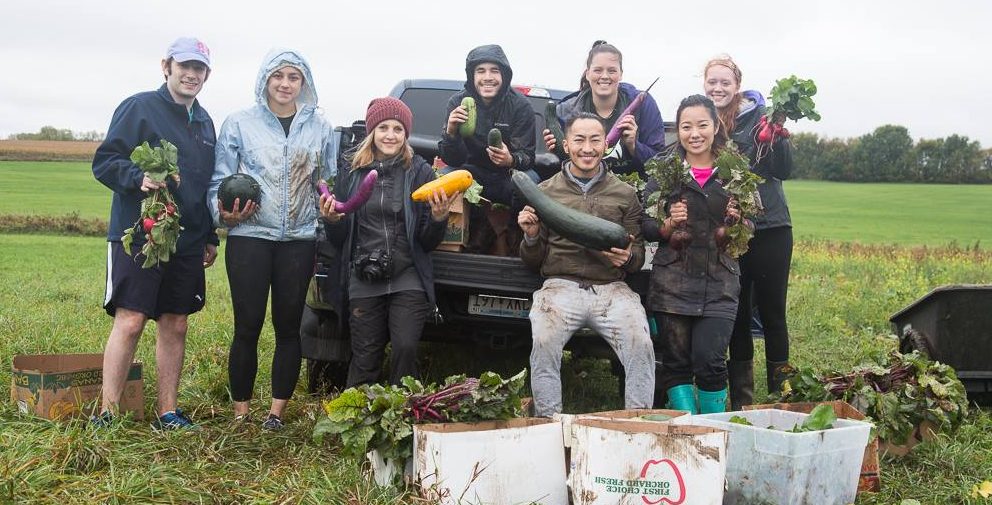 “That is our bread and butter—our food rescues we do daily,” Xiong said.

But he also loves the public education aspect of his work. Using PowerPoint and games, he may present at schools or other groups. In summer, he may be found staffing a table at community events like Open Streets. There he and his coworkers will prep snacks from gleaned food for people to sample for free. Meanwhile, they offer tidbits about food safety – how long food lasts, how can you tell if food is still safe to eat, how it should be stored to ensure it won’t go bad.

Xiong’s previous training helps in that regard. As a former restaurant employee, he learned food safety practices including proper storage, hand washing and safe food preparation that helps cut down on foodborne illnesses.

There are two main lessons he wants to get across: First, food waste is bad for the environment. “A lot of the food that is wasted gets tossed into incinerators, which releases more CO2 into the air and has a negative effect on climate,” Xiong said.

Second, rescuing food promotes public health by improving access to fresh fruits and vegetables among people who use food shelves and meal programs. Children are especially vulnerable to the effects of inadequate nutrition.

“Multiple studies have linked a child’s behavior issues and health to their diet. It’s not just getting any kind of food to families that are food insecure but getting healthy foods to them,” Xiong added.

Xiong got involved in food issues for personal reasons. When he found himself gaining weight after he stopped competing in football and tennis, he began to work out with a program recommended by his brother in which healthy eating was part of a holistic approach to health and fitness.

Eventually, Xiong would like to land a job with a public safety purpose that will build on his knowledge of healthy eating and food safety. For now, look for him in a green TC Food Justice shirt at your local farmers market or local festival.

“I am just excited to be able to be part of this organization that can help others. I’m loving the fact that I’m seeing this small decline of individuals who can’t afford or don’t have access to certain types of foods get help from certain groups like mine,” Xiong said.