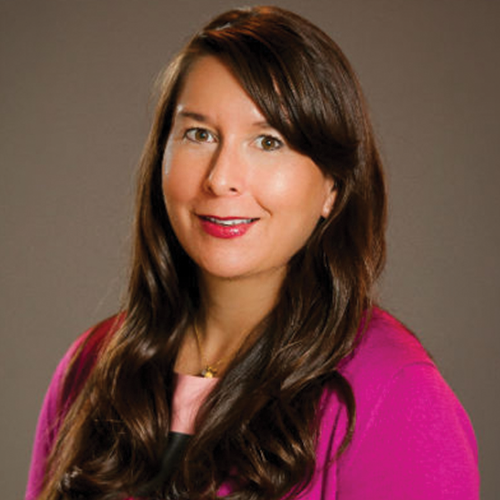 It’s no secret the diabetes rate is high in many of Minnesota’s Native American communities. The Lower Sioux Community, where Stacy Hammer works, is no exception.

Hammer, the first registered dietitian with the Lower Sioux Health Care Center, runs a culturally-specific diabetes program as well as an elder nutrition program. She says people in their 30s and 40s are on dialysis. When she asked young people at a summer camp how many knew someone with diabetes, all the hands went up.

“Their parents and their grandparents have it. They assume they will have it,” she said.

She’s working hard with individuals to break that stereotype by helping them to change behaviors and make good choices, and with tribal leaders and others to make healthy eating a community-wide commitment and responsibility.

Though Hammer grew up in the northern suburbs of Minneapolis, her dad grew up on the reservation. They were poor, she says, but they had a garden and did a lot of freezing and canning, and she was raised that way too. During her first pregnancy, she had many questions about healthy eating.

“I decided to go back to school and work for my own tribe,” she said.

When she was hired she envisioned doing a lot of one-on-one nutrition, which she does, even accompanying people to the grocery store where they walk the aisles to identify and encourage new foods within their budget, and to look past packaging that promises something’s “healthy and wholesome” to read the labels to see if that’s really true. She says the cost of organic produce or free-range meat is a huge barrier for members of her community.

But she also learned how to ignite the community’s sense of shared responsibility. Hammer works with the eight community members elected to serve on the Lower Sioux Health and Human Services Advisory Committee. She knows that getting the support of tribal leadership is very important—something she’s learned from colleagues at the American Indian Cancer Foundation, an important partner in moving the tribe’s dial on food issues as a matter of public health.

The committee proposed changing the unhealthy menu usually served at community meetings, funerals, powwows and other important widely attended events hosted at the community center or the tribe’s casino. Typically those feature staples such as fried chicken, mashed potatoes and gravy, and white bread—foods that are less costly and, unfortunately, less nutritious.

“That’s a lot of fats and carbs. We shouldn’t be looking at our community members with diabetes and seeing them have to dial up their insulin dose to cover a meal we’re serving,” she said. “I am working with them on how to prepare foods healthier and still meet the cost.”

In this case, looking to the past could be the right path for our healthy future.

She explains some history: The community’s traditional diet was healthy and high in antioxidants—lots of lean meat, berries and vegetables. Over the years on the reservation, the new normal menu relied on government commodity foods like blocks of cheese, white bread, and fattier meats. The tribe no longer qualifies for commodity foods but the default preference for those same unhealthy foods persists. New favorites like fry bread and Indian tacos are no better, health wise.

The proposed policy change was the subject of a planned visioning session last year.  Hammer is pleased to report great success with their tribal leadership.  They have not only received their support in adopting the Honoring Little Crow with Healthy and Indigenous Foods Initiative.  Both Tribal Council and the Powwow Committee have approved and placed the healthy vendor incentive into the application for next month’s Lower Sioux Wacipi (Powwow) vendors.  Also, vending machines at our Government center and recreation center have been swapped out and now include 75% of food and beverages classified under the USDA’s “smart snacks” standards!